Home > travel-blog > Why Was the Eiffel Tower Built?

If you were to close your eyes and think of the most recognizable buildings in the entire world, a certain wrought-iron lattice tower in the City of Lights would undoubtedly be on your list but why was it even built?

Easily the most popular attraction in Paris, the Eiffel Tower attracts more than 7 million people every single year. However, many people don’t know the beautiful structure’s story. The Tour Guy is here to explain it all!

Pro Tip: If you are preparing to visit Paris, be sure to bookmark our Top Things to See at the Eiffel Tower. Also, the city is best explored with local tour guides.  We run small group tours that get incredible reviews – Evening Eiffel Tower Tour with Seine River Cruise. 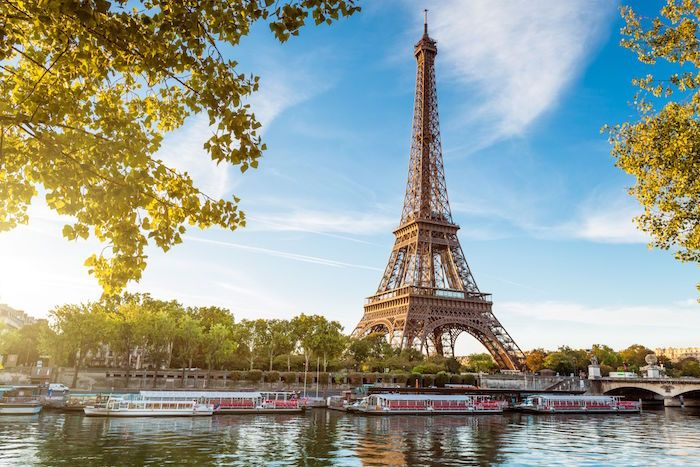 Before we jump into the whole story, let’s just get familiar with the incredible iron tower we all know and love. Before reading on, let’s go over some quick Eiffel Tower facts:

Construction of the Eiffel Tower

Why was the Eiffel Tower built? Let’s go back: the 1889 Exposition Universelle in Paris was being organized to celebrate the 100th anniversary of the fall of the Bastille and the beginning of the French Revolution. Two years earlier, one plan had been selected from 107 proposals for an adequate centerpiece for this grand event.

Although the Tower bears the name of famed Parisian civil engineer Gustave Eiffel, its plans were initially drafted by two leading engineers at his firm, Maurice Koechlin and Émile Nouguier. With the help of the company’s chief architect Stephen Sauvestre, and eventually the support of Eiffel himself, the Tower was ready to be built.

Construction began on February 28, 1887. After just over 2 years, on March 31, 1889, Gustave Eiffel himself showed a group of government officials and journalists up the newly-completed tower. The elevators were not yet in operation, but a few of the group made it all the way to the top using the 1,710 stairs! The French tricolor flag was raised and a 25-gun salute was fired. A few months later, the World’s Fair officially began and members of the public thronged to the tower – almost 2 million people climbed it during the Fair alone. 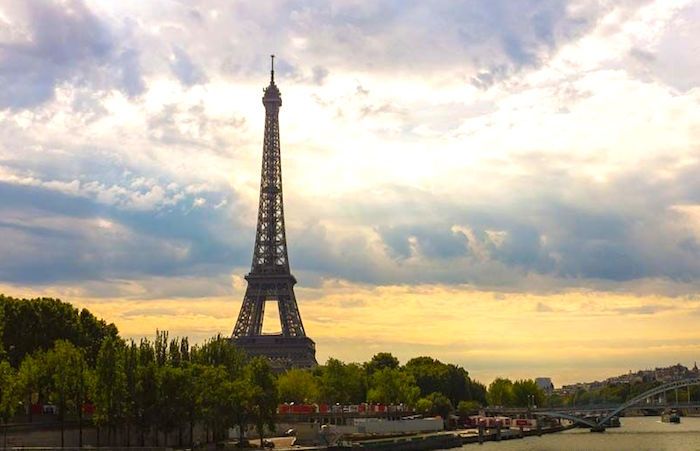 The initial reception for what is now a universally beloved monument was a bit frosty. A number of prominent Parisians protested the building, saying it did not fit in with the rest of the city. One famous opponent, the writer Guy de Maupassant, was vocal about hating the tower long after its construction but ate at its restaurant frequently. When confronted with this apparent contradiction, he claimed to frequent the Eiffel Tower’s restaurant because it was the only place in the city where you couldn’t see the tower!

The rest is history, though – the Eiffel Tower has enjoyed immense popularity despite the early protests and is now the most visited paid attraction in the entire world. An estimated 6-7 million people a year get tickets to go up and see Paris from on high.

At 986 feet tall upon construction, the Eiffel Tower surpassed the Washington Monument in Washington, D.C. as the tallest building in the world. It held the title for about forty years (it was bested by New York’s Chrysler Building in 1930) and is still the tallest building in Paris. Because this colossus is built out of wrought iron, it actually grows and shrinks with temperatures – in summer, it’s about six inches higher than in the winter.

It’s had a few makeovers. In 1889, the tower was a reddish-brown color. Ten years after its construction, it was painted yellow (hard to picture now).

After a few more changes in appearance (including a spell from 1925 and 1936 when it featured a brilliantly-lit ad on its side for the French automaker Citroen), a final color was finally selected in 1968: “Eiffel Tower Brown”. And to look its best, the tower is actually painted in three different graduated shades.

The color has remained constant for a while, but that doesn’t mean the Eiffel Tower isn’t getting regular face-lifts – it’s completely repainted with 60 tons of paint every seven years. And every night since 1985, the tower has featured a 5-minute light show at night, every hour, on the hour, with magical sparkling lights and a powerful beacon shining from the top of the tower.

Where is the Eiffel Tower?

Located on the Champ de Mars in Paris, the tower can be accessed from the Metropolitan stop Bir-Hakeim. Tickets can be bought online and are around 25 euros per adult to get up to the very top (the price is lower if you only go to the “second level.” Or, you can check out our guided Eiffel Tower Tour, which also includes a Seine riverboat cruise. The Eiffel Tower offers the unique experience of dining in one of its two restaurants: one, Le 58 Tour Eiffel, is on the first level. On the second level, there’s the even more exclusive and elegant Le Jules Verne. And on the top of the tower, there is – what else? – a champagne bar. For more on the Eiffel Tower restaurants and how to reserve read our article on everything you need to know to visit the Eiffel Tower.

Like a lot of landmark buildings, though, the beauty of the Eiffel Tower is not just in the experience of visiting it or climbing it – it’s that you can enjoy it from countless vantage points around the city. It provides an iconic and romantic backdrop for all your Parisian adventures.

We suggest doing the opposite of Mssr. de Maupassant – grab a baguette, some pungent cheese, and a bottle of red and set up a picnic in one of the many places where the Eiffel Tower can be admired in plain view. 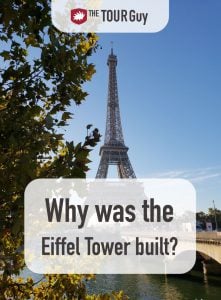