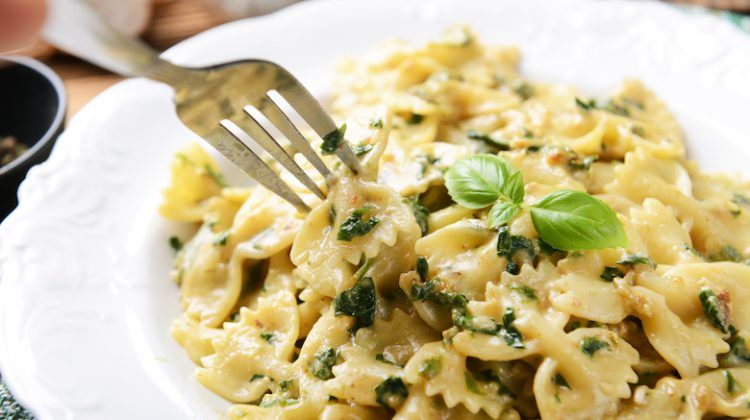 Rome is a city where food and history are deeply connected. Around every corner, you might find either a delicious restaurant or a landmark to visit. If you want to experience Rome correctly, you must plan more than just sightseeing. Roman cuisine is a central part of Italian history and there are countless restaurants that provide an authentic meal. We have made it easier for you with our list of some of the best places you can go for an unforgettable Italian dish.

The information provided is free, but we also sell tours in Italy at pretty reasonable prices. Taste your way through the Trastevere neighborhood during a Roman food tour. Looking for more experiences in Rome? Check out our selection of awesome Rome tours.

People say that “Rome wasn’t built in a day” and, the same can be said for the best Roman restaurants. All the best spots to enjoy a good carbonara plate have one thing in common: they have been active for decades and they still jealously preserve all the recipes from their ancestors. Also, they constantly put their history on your plate so that you can enjoy, other than a simple pasta plate, a real culinary experience made with simple ingredients and deep feelings. 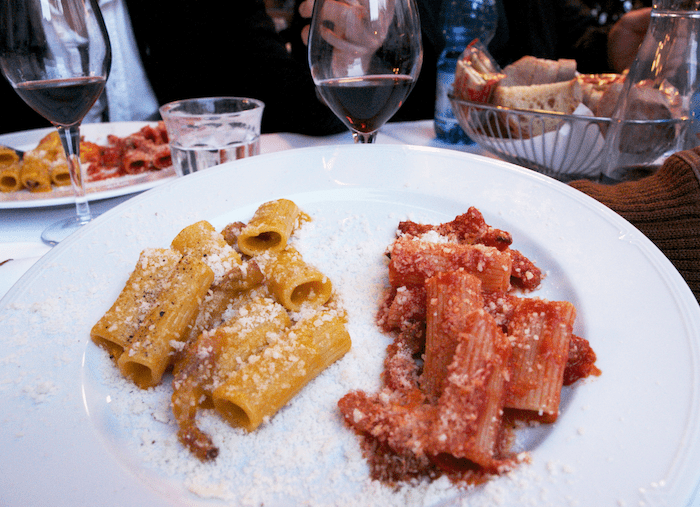 Founded in 1959 from Elena Fabrizi, better known as the “Sora Lella”, this restaurant is probably the one that every Roman could mention if you ask for a good pasta plate or any other typical Roman cuisine. Before opening the restaurant though, Sora Lella made her fortune with movies where she used to play the role of herself. She was discovered by Roman actors who loved her personality and decided to cast her right away.

Despite its notoriety, the restaurant has never changed locations and you can still find it situated in the Tiberina Island in the heart of the Roman neighborhood “Trastevere”.

If you are new to Italian cuisine, the experience in this restaurant might be the best way to get started. The menu offers plenty of good plates and yes, they all look delicious. If you are thinking about a good pasta plate, there you might find something a bit less traditional such as the potatoes gnocchi pasta dressed with typical amatriciana sauce. If this is not enough, try the tonnarelli pasta dressed with a sauce made with sausages, bacon, eggs and a secret ingredient that the restaurant has never revealed.

Located near the Trevi Fountain, this restaurant opened for the first time 103 years ago, in 1916. Since then, every member of the family has respected and perpetrated the family traditions by serving costumers the best food.  The members currently in charge are Donato and his son Gerry. Notorious customers have dined here before,  such as the Italian former president Sandro Pertini, the Italian poet Trilussa and even the French author Jean-Paul Sartre.

As in every restaurant in Rome, picking something from the menu might be difficult and at Falchetto, it might be even harder. The restaurant offers not only an enormous selection of pasta and meat, but also an excellent selection of fresh fish dishes. If you want to stick to tradition though, the restaurant offers a great selection of traditional plates, from carbonara to the typical saltimbocca alla romana, calf meat served with Parma ham and aromatic herbs. We also recommend choosing from the great selection of grilled meats and fish, such as the famous Roman baccalà dressed with Tropea onions and Sicilian cherry tomatoes.

Located in the very heart of Rome, this trattoria sticks to tradition the most, not only in terms of food, but also in terms of manners, warmness, and style. The ancient owner, or oste as you might say in Italian, was Enzo who passed away in the 80s; his legacy is still perpetrated by those who’ve acquired the place after his death and that work every day to honor his memory.

The menu is traditional and, if possible, it’s even more traditional than the menus presented by the other Roman restaurants. At Enzo’s, the kitchen follows the weekly calendar, which means that you might find a particular dish for every day of the week (on Thursday, for example, it’s always gnocchi day in Rome). Their philosophy is mostly based on the realization of ancient recipes executed by using the best products that the farms around Rome can offer every day.
Also, it’s not possible to reserve for lunch and reservations are allowed only for dinner time. 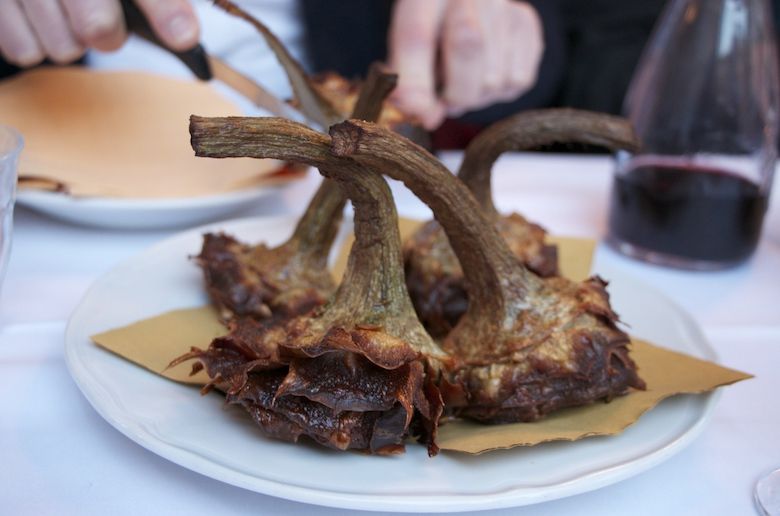 Some might know that some parts of the typical Roman cuisine are deeply connected and influenced by Jewish cuisine. In Trastevere is possible to discover the Jewish neighborhood with plenty of restaurants that respect the kosher tradition and have brought it in Rome.

One of these restaurants is Al Pompiere or in English, the Fireman. This name comes from the former customers of the restaurant – the very spicy arrabbiata pasta that the first owner used to serve was so spicy that it was necessary to call the firemen!

Opened in 1962, this restaurant is inside the former mansion of a noble Roman woman, Beatrice Cenci. On the walls, people can still admire the colorful and spectaculars frescos from the 16th century. Once there, it’s impossible not to try the typical Jewish recipe for artichokes, a classic of the Roman cuisine, not to mention the baccalà fish and the fried pumpkin flowers. Al Pompiere is definitely what you have to try if you want to experience the typical kosher cuisine mixed with the Roman one, a combination loved by all the Romans.

Placed in the iconic Piazza delle Cinque Scole in the middle of Trastevere, Sora Margherita in another lovely and historical Roman restaurant. This tiny restaurant has only 20 tables and has remained the same since the very first opening. From the outside it still looks like an ancient Roman trattoria as the family has chosen to keep everything original.

At Sora Margherita you will find a full menu of hand-made dishes, all served by the staff with warmness and passion. From hand-made meatballs to hand-made pasta, everything is prepared using organic ingredients, classic elements from the Roman countryside, and seasonal products. A selection of the kosher recipes is mixed with Roman tradition and shows how these two culinary cultures are now deeply connected.

The simplicity of the environment is fulfilled with the deepness of the cuisine, the smells that come from the kitchen bring the customer back to childhood. There you will meet a lovely crew that will love to spend some time together to chat and have fun, as in a real Roman trattoria from the 50s.

Previously named “Da Cesaretto”, Fiaschetteria Beltramme’s new owner changed its name in the late 90s, even though throughout history it has remained the same.  This Roman Osteria has said no to modernity, so you won’t be able to use credit cards or phone there.

There’s no menu either, people eat what the kitchen has to offer. This way, the restaurants always serves the freshest products that the market can offer day by day. In any case, you won’t be disappointed, everything is delicious and sticks to traditional recipes. Visit Fiaschetteria Beltramme in via della Croce 39 if you really want to live a real Osteria experience, be brought back to the Italian Dolce Vita age and enjoy an extraordinary simple cuisine. 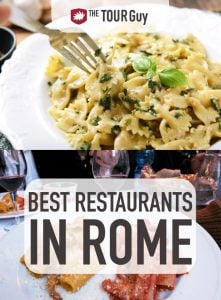