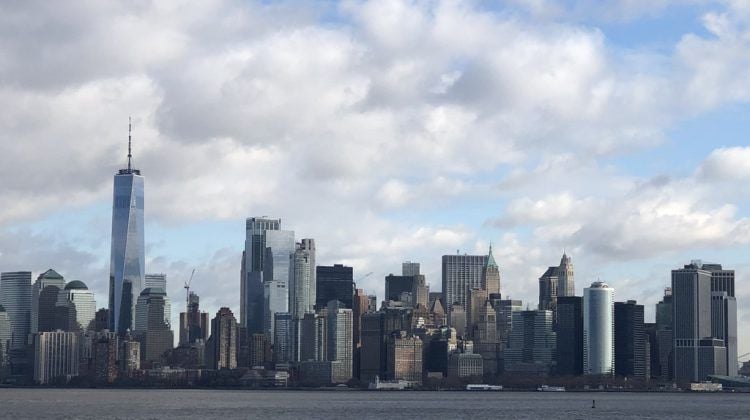 Manhattan is New York’s busiest burough, and for a lot of visitors that can make the experience of visiting pretty overwhelming. From Midtown to SoHo to Chelsea, it’s a lot take in. We’ve made this neighborhood guide of the most popular neighborhoods in Manhattan to get you ready for your next trip.

When people think of Manhattan, they’re thinking of Midtown. From the Empire State Building to Times Square, this is where you’ll find the most iconic sights that the city has to offer. For this reason, however, it can get pretty crowded but for a lot of people that’s part of an authentic New York City experience.

There is something in the New York City air that makes sleep useless.

Especially on holidays like New Years and Christmas, this place is absolutely stuffed with people coming from far and wide to see the huge tree outside 30 Rockefeller Plaza, or to see the ball drop in Times Square. If you’re looking to avoid the crowds, however, Midtown Manhattan would not be our first choice (to say the least!)

Chelsea is known as a haven for artists. Some of the world’s most famous have lived in Chelsea because of the old buildings’ high ceilings and large freight elevators they could use to make and transport their work. Now over 300 art galleries exist in Chelsea.

Chelsea is a great neighborhood to stay in due to the restaurants, bars, shops and various cultural activities that exist within the vicinity, including the Chelsea Market. Chelsea is home to the High Line Park, a raised site of greenery made from an abandoned railroad track.  The Empire State Building and Madison Square Garden are both within walking distance.

If you’re looking for upscale shopping at some of the finest shops in the world, then look no further. Named for being South of Houston Street, you’ll find plenty of places to shop along Broadway: everything from Zara to Maria Tash Jewelry.

“[Soho] is all things to all men, catering comprehensively for those needs which money can buy.

French Renaissance-style townhouses characterize the architecture of this expensive Manhattan neighborhood, along with luxury condominiums and homes of international tycoons. Some of these beautiful apartment buildings and brownstones date back all the way to the 19th century. It’s one of the most expensive neighborhoods in the world, with some of the finest schools too. The beautiful tree-lined streets show why this neighborhood has garnered fame and popularity throughout the years.

North of Grand Army Plaza at the southeast corner of Central Park, you’ll find Museum Mile, home to some of New York’s most famous museums, like the Solomon R. Guggenheim Museum at 88th street and the Metropolitan Museum of Art on 82nd to 86th street.

Birthplace of the Beat Generation of the 50s and the Folk Movement of the 60s, Greenwich Village has seen some of the most culturally historic moments in American history. This was where a young Bob Dylan played his first shows, and where the American Gay Liberation movement first began at the Stonewall Inn. Its brick-facade buildings still haven’t lost the Bohemian charm that brought so many to the neighborhood in the first place.

When you’re in the area, you have to check out Washington Square Arch. It’s a great place to snap a picture, and a serene spot in an otherwise bustling city. This neighborhood is also great for its small shops and cafes, giving the place a small, hometown feel in one of the biggest cities in the world.

Named for being one of the roughest neighborhoods in the city in the 20s and 30s, Hell’s Kitchen has since transformed into one of the most popular and vibrant neighborhoods in the city, especially among young people. There are tons of off-Broadway theatres here, where you can find some of the most cutting edge performances at a much more affordable price than the more popular on-Broadway shows.

Today, the area is a LGBT hot spot—it’s home to about a dozen gay bars—and it the site of one of the best flea markets in town. In terms of Hell’s Kitchen restaurants, Ninth Avenue offers various multi-ethnic eateries which draw theatergoers who want to escape the crowds in Times Square.