Home > France > What is D-Day? Normandy During WWII 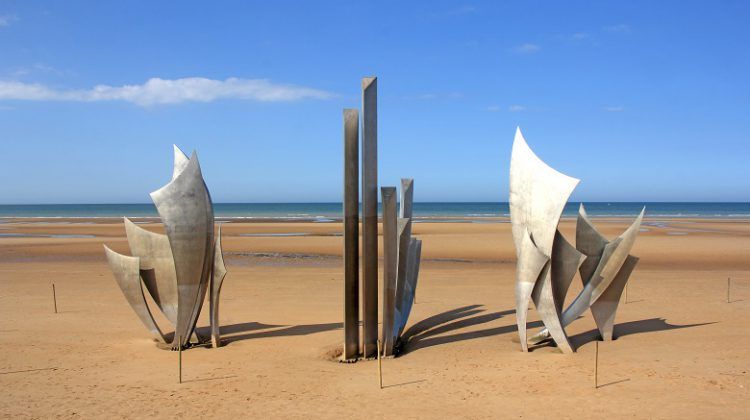 What is D-Day? D-Day was the allied invasion of Normandy during World War II. Also known as the Normandy landings or Operation Neptune, this monumental event was the largest seaborne invasion in history. A pivotal moment in World War II, D-Day began shifting the balance of power in Western Europe away from Nazi Germany.

While the information provided here is free, we also sell tours at very reasonable prices. We offer a full day trip to Normandy from Paris that features visits to Omaha Beach, the Normandy American Cemetery and more. Above all, you’ll experience the storied history of the Battle of Normandy and visit D-Day’s important landmarks. We also offer a selection of Paris tours including day trips from Paris to the Champagne Region and Versailles Palace.

When Did D-Day Occur?

For those who ask “what is d-day?,” D-Day marked the beginning of the Allied invasion of France beginning with the Normandy Landings. D-Day took place on Tuesday, June 6, 1944, at 6:30 a.m. Allied forces stormed the beaches of Nazi-occupied Normandy, France after crossing the English Channel. Before the invasion, an airborne assault involving over 1,000 Allied aircraft. Moreover, the invasion of Normandy by Allied forces on D-Day marked the beginning of the battle. Code-named Operation Overlord, the Battle of Normandy resulted in over 2 million Allied troops occupying France by August of 1944.

Five beaches along a 50-mile stretch of the Normandy Coast served as Allied landing points. Omaha, Utah, Juno, Gold and Sword were the code names for these five landing points. In addition, the Allies spent months carefully planning the invasion.

Allied forces carried out an elaborate deception operation designed to divert German attention away from Normandy. This operation was code-named Operation Bodyguard. The Allies used diversion tactics such as false radio transmissions and double agents. This detailed deception operation took six months of planning before the execution of Operation Neptune on June 6, 1944. Operation Bodyguard involved using simulated fleets and dummies with parachutes. The Allies fooled the Nazis into thinking that they would invade France’s Pas-de-Calais region.

What Happened During D-Day?

A large naval and aerial assault paved the way for over 156,000 troops to descend on Normandy’s beaches from the sea. Under heavy artillery fire, troops from the U.S., Britain and Canada descended on Normandy’s shores to reclaim France from the Germans. D-Day began the Allied liberation of France, and eventually the rest of Western Europe, from Nazi control. 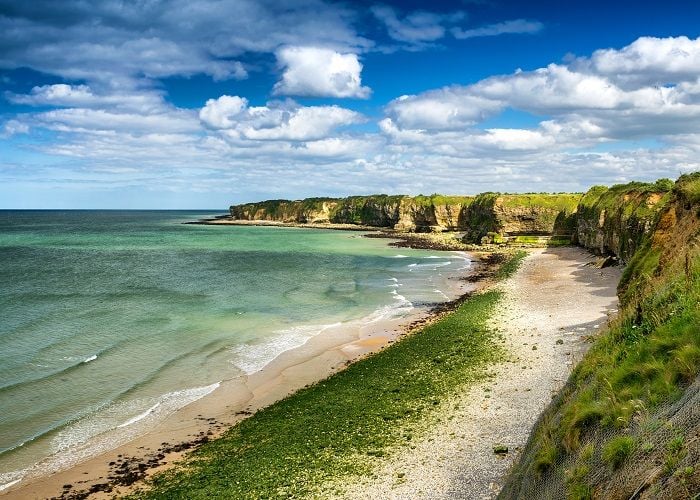 The cliffs of Pointe du Hoc stand on Normandy’s Northwest coast overlooking the English Channel. Pointe du Hoc was the highest point on the Normandy coast that stood between Utah Beach and Omaha Beach. A large concentration of German artillery sat at the top of Pointe du Hoc. Allied troops braved heavy artillery fire and captured Pointe du Hoc after scaling its cliffs on D-Day. 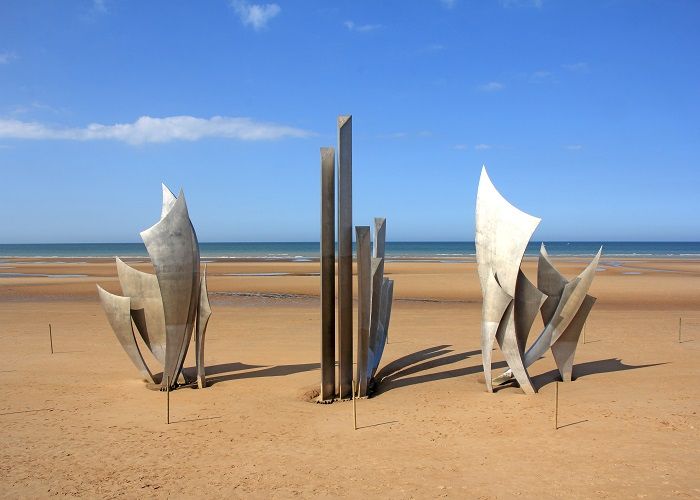 Omaha Beach is a 5-mile stretch of the Normandy coast located directly below the Pointe du Hoc and immediately facing the English Channel. This was one of two beaches invaded by American troops, the other being Utah Beach. U.S. forces faced the most resistance at Omaha Beach. The reported number of American casualties sustained at Omaha Beach ranges from 2,000-5,000. This is where young American troops, many still teenagers, disembarked from a landing craft and braved German artillery fire.

The Normandy American Cemetery and Memorial 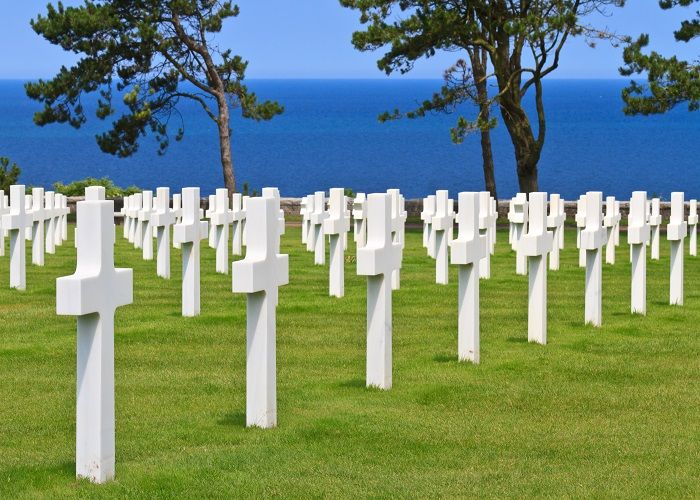 Today, Normandy is home to many World War II cemeteries, museums and memorials. Tourists and World War II enthusiasts alike visit Normandy each year to reflect on D-Day and the events of World War II. We offer a full day trip to Normandy from Paris that features visits to Omaha Beach, the Normandy American Cemetery and more. Above all, you’ll experience the storied history of the Battle of Normandy and visit D-Day’s important landmarks.

For more of France’s dark history, we highly recommend exploring the Paris Catacombs on our skip the line Paris catacombs tour.