Home > Spain > Barcelona > The Life and Architecture of Gaudí in Barcelona 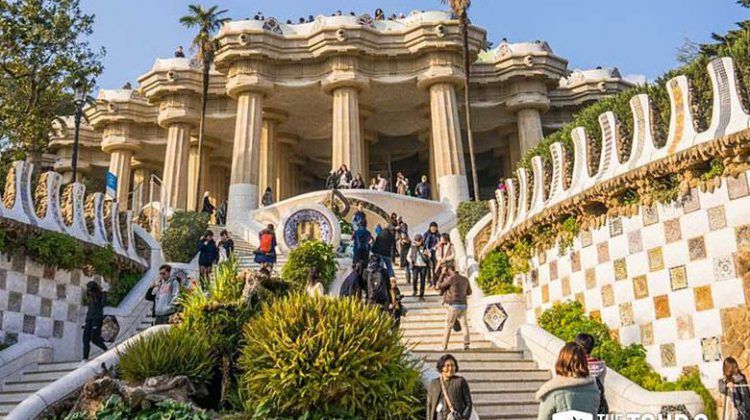 Unintentionally, Antoni Gaudí has been probably the figure that has contributed the most to make of Barcelona a unique city in Europe and in the world. Although his work reached and influenced international spheres (Gaudí planned the construction of a skyscraper in New York City), and his footprint did also shape other Spanish cities, Barcelona was indeed his most important laboratory. In this guide, you will learn about the distinctive architecture by Gaudí in Barcelona.

While the information we provide here is free, we also offer tours at reasonable prices. Experience the best of this Catalonian city on one of our bestselling Barcelona tours.  See Gaudí’s breathtaking architecture during the Gaudí Walking Tour with Park Güell or get a taste of the Catalan region during the Traditional Barcelona Food Tour with Tapas, Wine & Dinner.

Gaudí took part in the design and construction of 11 projects only in Barcelona, changing forever the skyline of this city. Inspired by natural forms, Gaudí transported mountainous and rocky landscapes from his hometown to innovative structures built in the city centre of Barcelona. When walking around the city of Barcelona and visiting Gaudí’s buildings, one can easily think of being directly carried to the heart of nature, but at the same time observing the most modern and forward-looking architecture of the late 19th and early 20th centuries. During the construction of his first art pieces in Barcelona, Gaudí applied different styles that originated from the architectural trend of that time, Art Nouveau (modernisme in Catalan). So, for example, Güell Palace or Sagrada Familia, contain neo-Gothic and Arabic art-inspired structures. But above all, Gaudí had a predilection for bright colours painted on polychrome ceramics.

This disruptive style is expressed in unique building façades that will make of your Gaudí Tour unforgettable. Take for example the façade of Casa Batlló, one of Gaudí’s top buildings. You will be able to contemplate the shape of a dragon sleeping on Barcelona’s city centre rooftops.  Besides this immortal dragon, Casa Batlló façade offers other architectonic and artistic secrets of Gaudí, such as the presence of a lily pad lake that gives also a singular and wavy shape to this façade. If you are able to visit now this building you could consider yourself very privileged since Casa Batlló renovation process is coming to an end after two years of intense works, but more importantly, its façade is being cleaned for the first time in 19 years.

Inside Casa Batlló you will be able to discover more secrets about this mysterious building and about the genius who made it. It is believed that from one of the rooftop rooms, apparently close to the eye of the dragon, Gaudí established his office, More than 100 years ago and from that spot, Gaudí could thoroughly observe the construction progress of Sagrada Familia.

In the same avenue where Casa Batlló was built, Passeig de Gràcia, you can also find another major architectonic and art piece made by Gaudí, Casa Milà, also known as “la Pedrera” (meaning stone quarry) by locals. This masterpiece is inspired by the mountainous landscapes where Gaudi grew up, and nature takes again a central role in this building. On the rooftop of Casa Milà, you can also find one of the most original chimneys in the world. Based on rocky natural forms, these chimneys appear as a battalion of soldiers with sharp helmets creating a very powerful image with the skyline of Barcelona right behind them. As you will notice, the names of these buildings are followed by a surname. Powerful families from Barcelona hired this genius to work for them and build unique pieces. Another family who had the chance to do that was the Güell family. Indeed, Park Güell was a private property of this family, and where Gaudí could intertwine his ideas with nature. This garden owns one of the most original designs of Gaudí, the famous mosaic salamander, but there are far more other secrets in this park connecting this genius with nature. The originality of Gaudi has made of his work an icon representing the city of Barcelona, and his last work has perhaps contributed the most to the popularity of this city. The Catholic Basilica of Sagrada Familia (Holy Family) was Gaudí’s last project. Although uncompleted (nobody knows for sure when this project could be finished), this religious temple gathers the most important values Gaudí wanted to share with people. In this building he mixes different elements such as nature, religiosity, spirituality and peace, giving an exclusive shape to this basilica.

Unfortunately, Gaudí died during the works of this last masterpiece. At the age of 73, Gaudí was hit by a tramway in the city centre of Barcelona, while he was walking to church. According to the urban legend, Gaudí was dressing so humbly that people did not recognise him, and took him by a homeless. Apparently, after a while, somebody recognised him, and Gaudí was sent to the Hospital of Santa Creu, where he died.

Despite this tragic end, Gaudí was buried in the crypt of Sagrada Familia, where his last project and ideas are still alive. To this day, the Sagrada remains unfinished, and every visit offers something new. If you’re looking to explore all areas of this breathtaking building, check out the Sagrada Familia Tour. 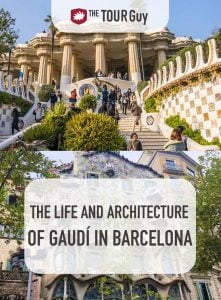