Home > France > Movies to Watch Before Your Trip to Paris 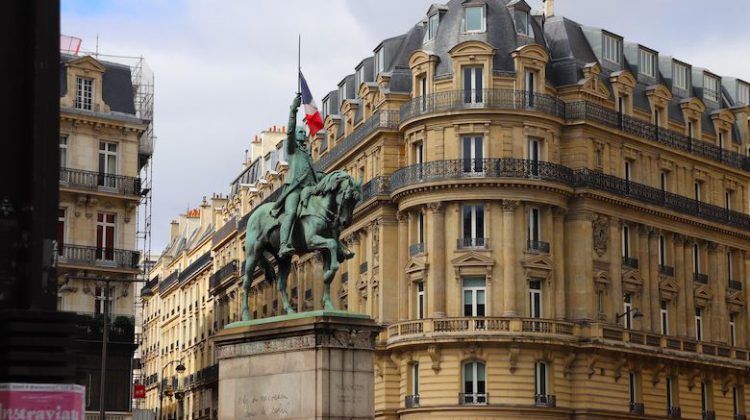 As you’re preparing for your trip to Paris, you might find yourself making hotel reservations, booking tours in Paris (we sell em!) or packing your suitecase.

Getting ready for your trip doesn’t have to be all work.

Before taking off, watch one (or more) of these five movies set in Paris.  Maybe you’ll recognize one of the scenes!

Bookmark this post in your browser so you can circle back to it while you’re searching for a good moving on Netflix.

“Midnight in Paris” is perhaps the movie to watch before you go on vacation.

In the film, Owen Wilson and Rachel McAdams star as an engaged couple who take a trip to Paris.

The main character, Gil, is completely enchanted with Paris and starts taking long walks at night – only to be mysteriously transported back in time to Paris in the 1920s!

The movie features great scenes of Paris streets and monuments, including the Palace of Versailles, the Musée Rodin and the Shakespeare and Company bookstore. Owen Wilson’s character is so in love with Paris, it’ll make you fall in love with it as well.

As you may or may not already know, the city of Paris is divided into 20 arrondissements, or neighborhoods.

“Paris, je t’aime” is a collection of 18 short films that each take place in different arrondissements around the city.

You’ll be inspired by neighborhoods in Paris that you might now know existed, and will get great ideas for your upcoming French vacation.

Included in this collection of short films is a story about a young photographer who falls in love with a girl in a printer’s shop in Le Marais.

Not only is this famous and vibrant neighborhood the home of the Picasso Museum, but it also features some of the best falafel in Paris.

If you’re so inclined, learn all about it on a Paris food tour in Le Marais.

Yes, this is an animated movie, but it oozes Paris! “Ratatouille” is the heartwarming story of a rat living in Paris who dreams of becoming a chef.

To achieve his goal, he teams up with a young Parisian working as a garbage boy in one of the city’s top restaurants.

Of course, rats aren’t exactly welcome in restaurant kitchens, so hilarity ensues as the garbage boy keeps his new friend a secret.

If you’re planning on visiting Paris with kids, this is a great movie to watch before your trip. “Ratatouille” is a great way to get your taste buds excited for your trip, as well!

A movie that truly romanticizes Paris, “Before Sunset” has scenes set on a Seine River cruise boat, as well as inside a famous Parisian bookstore and various cafés.

The movie is actually the second film of a trilogy: in the first movie, two young travelers meet and spend the afternoon in Vienna together.

Now years later, they reconnect in Paris for a few hours.

The city is the perfect setting for the movie, where viewers watch an old flame being rekindled.

By the end, you’ll be dreaming of your own love story in Paris! 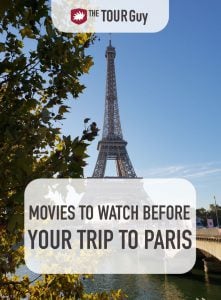