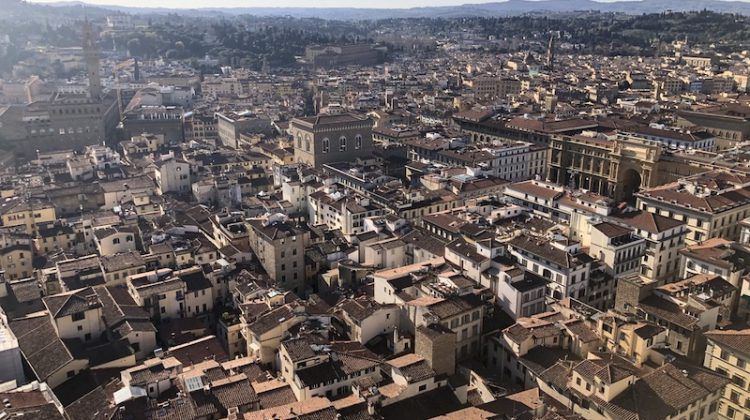 Maybe you’ve heard many times about the beauties of Florence. The Uffizi Museum, Piazza della Signoria, and Ponte Vecchio might ring a bell. But Florence has many other jewels that are worth a visit while in town. One example is the Jewish Ghetto, a neighborhood full of history where you might take a walk to learn something more about the city.

Before the Jewish Neighborhood

According to history, the area that was later displaced to host the Jewish ghetto was initially the house of the richest Florentine families, who used to live there in huge and opulent apartments. Aside from the houses, this part of Florence used to be the site of the forum, a civil and economic center.

History of the Neighborhood 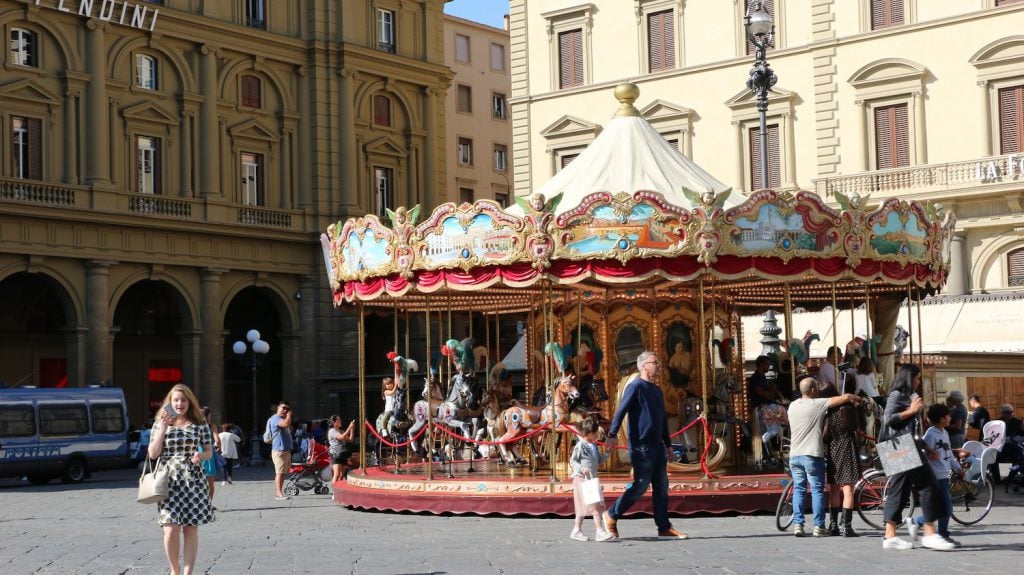 The Jewish Ghetto story begins many centuries ago, in the 1570s. At that time, Cosimo I de’ Medici, the Grand Duke of Tuscany, entrusted the architect and artist Bernardo Buontalenti with the construction of the site.

The Duke opted for this construction as many people were arriving in Florence from other settlements, and would profit off charging high rent. The Jewish Ghetto of Florence was located in what today is called Piazza della Repubblica, in the very heart of the city. 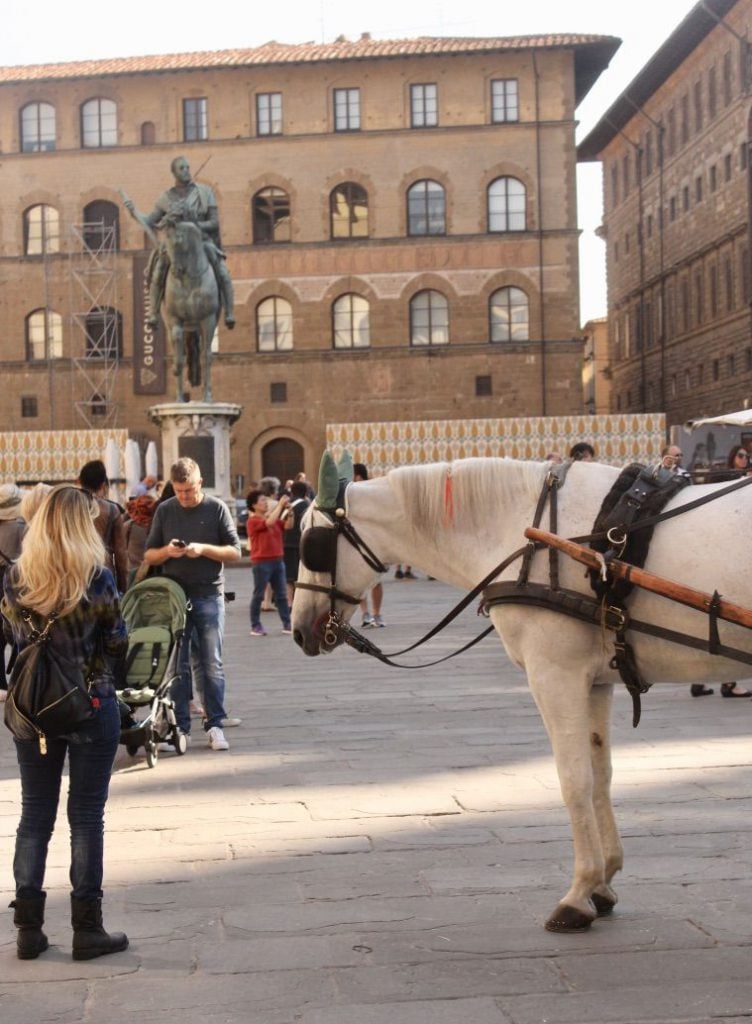 Despite Cosimo I’s idea for this area as a part of the city able to host people from different personalities, the destiny of the ghetto changed abruptly after his death. The Jewish were forced to remain in this area and to leave only when extremely necessary.

It was only when another dynasty, the Lorena family, took over, that Jews were given the possibility to leave this part of the city again and enjoy the rest of Florence. Thanks to this new sense of freedom, the Jewish left their initial neighborhood and developed their life all around Florence.

What about the ghetto, then?

Despite the Jewish population was living all around Florence, the Jewish ghetto remained or, at least, all the buildings and constructions that used to host the former population. After the Lorena dynasty, this part of the city of Florence started to be a risky place to visit, full of pickpockets, prostitutes, and sick people.

The former buildings and constructions started to fall apart and the whole area appeared as abandoned for a very long time. Throughout the centuries, Florence proposed several projects to restore the area but with no success.

Apparently, 40 different projects were presented to the city of Florence to program a renovation of the former Florentine ghetto and all of them were rejected. The city then came to only one conclusion: the destruction of the entire area in order to build something new.

The actual demolition took place around 1880 to 1885 and everything, including houses and shops, was destroyed. According to history, this demolition didn’t preserve much, not even some important towers and landmarks such as an important Vasari’s obelisk and the Alammanneschi tower.

The history of the Loggia del Pesce and the Abbondanza column 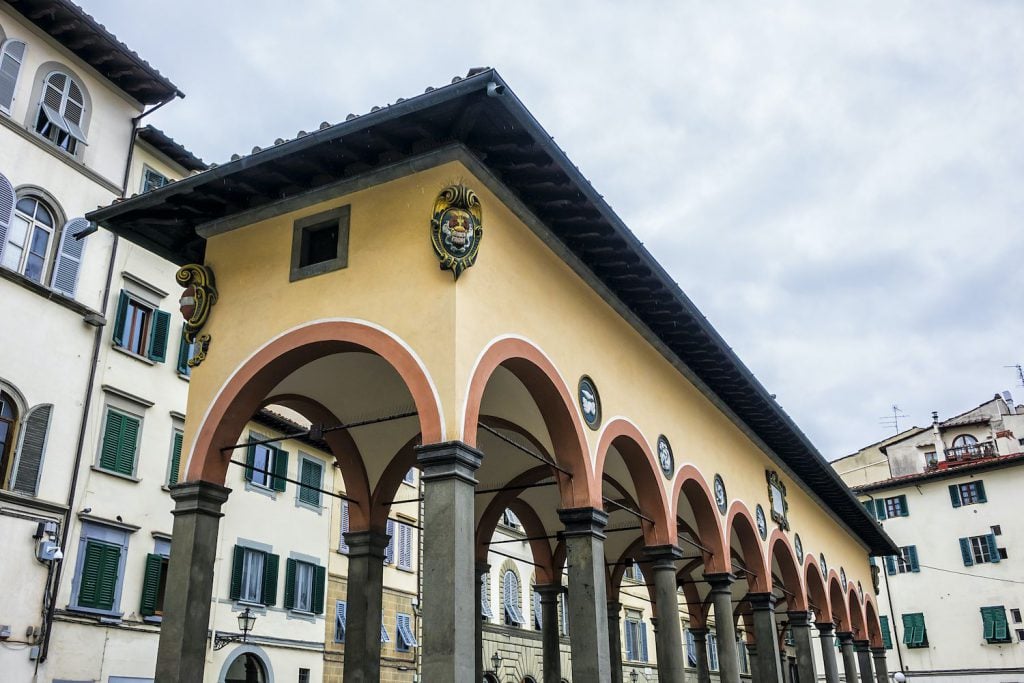 Two landmarks from the old ghetto still remain today, the Loggia del Pesce and the Abbondanza column. The first was a project executed by Giorgio Vasari who got entrusted by Cosimo I. This building was disassembled and reassembled in another area of Florence, Piazza dei Ciompi.

The Abbondanza column, erected during the 15th century, was disassembled and left aside until 1956 when the column found its place in Piazza della Repubblica.

So, many buildings of Jewish Ghetto do not exist anymore. The former landmarks and buildings were destroyed in order to renovate and improve this area of Florence. This project led the city to the construction of new amazing sites that are worth a visit. Take a walk around the former ghetto while in Florence and be able to check out some past and present history of the city!

Curious to discover Florence yet? If the Uffizi is not enough for you and you are curious to discover more, even some forgotten place of the city, take a look at our website and look for the perfect tour for your European trip, you won’t be disappointed!