Home > France > How to Spend a Weekend in Paris 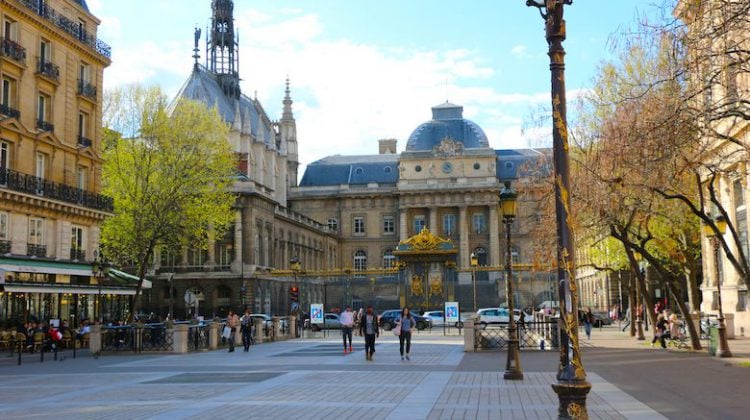 Between all the famous sites to see, food to eat and culture to absorb, you might wonder how you’ll be able to jam pack everything that Paris has to offer into a weekend. While you realistically can’t see all of Paris in two days, you can still spend an amazing time in the city, combining the must-see spots with authentic Parisian food and drink. Follow our weekend itinerary to see how the best way to spend a weekend in Paris.

In this blog, we’ll explain:

1. The best airports in Paris to arrive to and depart from

2. The best things to do in Paris that you shouldn’t miss

3. How we recommend you map out your weekend

The Best Tours in Paris

If you’re spending only a weekend in Paris, the very best way to maximize your time is to enjoy small group Paris tours guided by local experts like us. 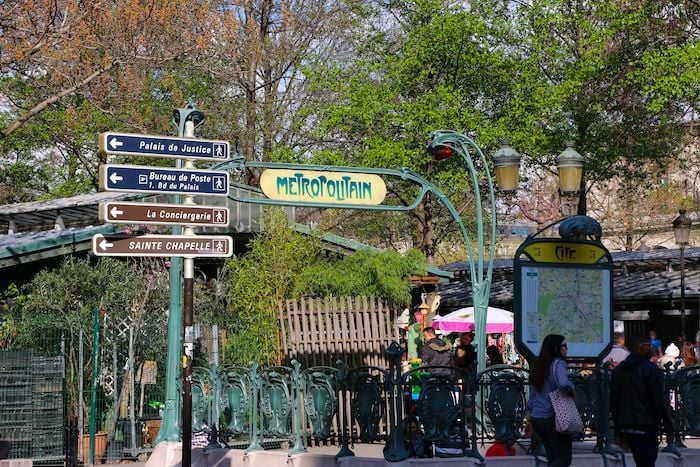 There are three different airports in Paris: Charles de Gaulle (CDG), Orly (ORY) and Paris-Beauvais (BVA). How you get from each one to the city center will depend on many factors, but remember to think about timing and how much heavy luggage you may have.

Paris’s main international airport is CDG. To get from CDG to Paris, you can:

The city’s second largest airport is ORY. To get from ORY to Paris, you can:

BVA is the least convenient option, which travelers might use to score a cheap trip on airlines like RyanAir. To get from BVA to Paris, you can:

It’s your first morning in Paris, and that means you need to try out some French pastries. Make a stop at Les Soeurs Sucrées (“The Sweet Sisters”) for your breakfast. If you’re a fan of raisins, try a pain aux raisins, sometimes called an escargot – yes, that’s right, a snail – for its spiral shape. Think of these delicious pastries as France’s version of a cinnamon roll. It will only cost you €1.40 at Les Soeurs Sucrées, which opens at 7am. 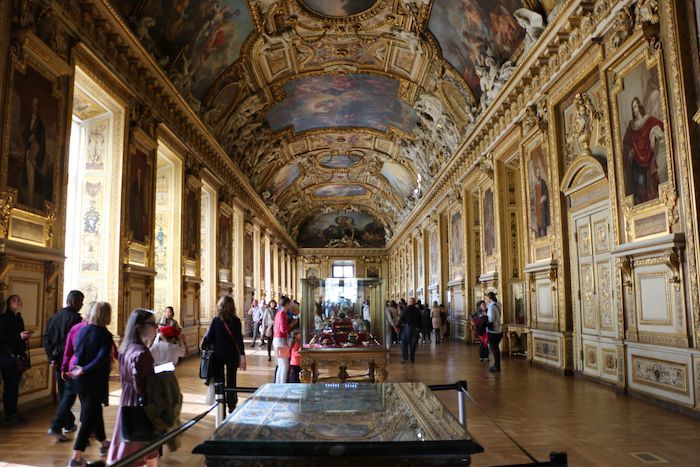 When you’ve had your fill of breakfast pastries, you’re ready to head to the Louvre. For a skip the line experience with an expert guide, we recommend a guided Louvre tour.

While the Louvre is known as the biggest museum in the world today, it was originally built as a defense fortress and then served as the principal residence of French kings and emperors until it was turned into a museum during the French Revolution in 1793.

If you stopped at Les Soeurs Sucrées, you’re only about a 10-minute walk from the museum. Otherwise, the easiest way to get there is to take metro line 1 (yellow line) or metro line 7 (pink line) to the stop Palais Royal-Musée du Louvre. A single metro ticket costs €1.90.

Lunch Near the Louvre

Looking for where to eat near the Louvre? Louise Café at 155 Boulevard Saint-Germain, less than a 10-minute walk from the museum. The café is named after its owner, Louise, who is often inside greeting and serving customers. Plates usually cost about €15, but we recommend you save room for dessert, which are guaranteed hand-made by Louise’s daughter. The restaurant is open from 12:30pm-4:30pm for lunch. 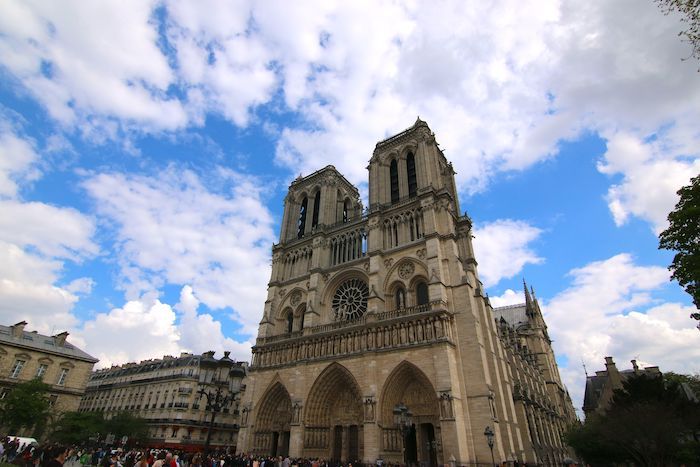 With a full stomach, it’s time to see Notre Dame. The best way to get there from Louise Café is to head back to the Palais Royal-Musee du Louvre metro stop. Take line 1 (yellow line) to the stop Hotel de Ville. When you exit the metro, head toward the river and walk for about 10 minutes.

If you just want to check out the inside of the cathedral, though, you’ll be able to enter anytime from 7:45 a.m. to 7:15 p.m. on weekends. Pro-tip:  Walk around the entire exterior so that you don’t miss seeing the flying buttresses up close.

*The interior of Notre Dame will be closed until further notice. 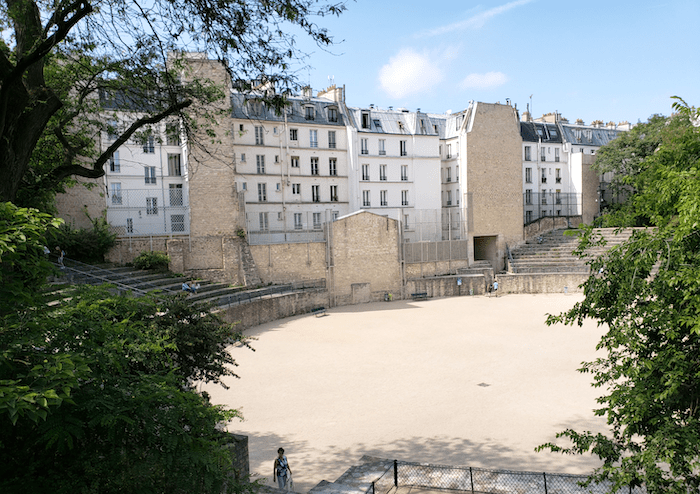 When you’re done visiting Notre Dame, head toward the rear end of the cathedral (where the flying buttresses are) and continue until you get to a bridge called Pont de Archevêché. Turn right on the bridge, make your way onto Rue des Bernardins, and after a few minutes turn left onto Rue Monge. You’re in the Latin Quarter and are about to discover the Arènes de Lutèce (47 Rue Monge), a Roman amphitheater that is truly one of Paris’ hidden gems.

The amphitheater was built between the 1st and 2nd century AD, when Paris was known as “Lutèce”. It is one of only two remaining Gallo-Roman period ruins that are still visible in Paris today. The amphitheater is free to visit and opens around 9am (closes between 6pm and 8:30pm, depending on the season).

Stop for a Drink By this time, you might not quite be ready to eat again yet, but you’ll want to be giving your feet a rest. So if you’re looking to try a cocktail while you’re in Paris, head to Sherry Butt. Named after the barrels used to age whiskey, this cocktail and whiskey bar will give you a sense of what modern Paris is like. It’s small, charming, the lighting is a little dim (in a good way), and you’ll definitely feel hip sipping a drink on one of their couches.

The bar is about a 20-minute walk from the Arènes de Lutèce, but if you don’t feel like walking anymore, continue down Rue Monge (as if you had passed the amphitheater) until you see the metro Place Monge. From there, you can take metro line 7 (pink line) to the metro stop Sully-Morland, and then you’ll be less than a 5-minute walk away from Sherry Butt, located on 20 rue Beautreillis. 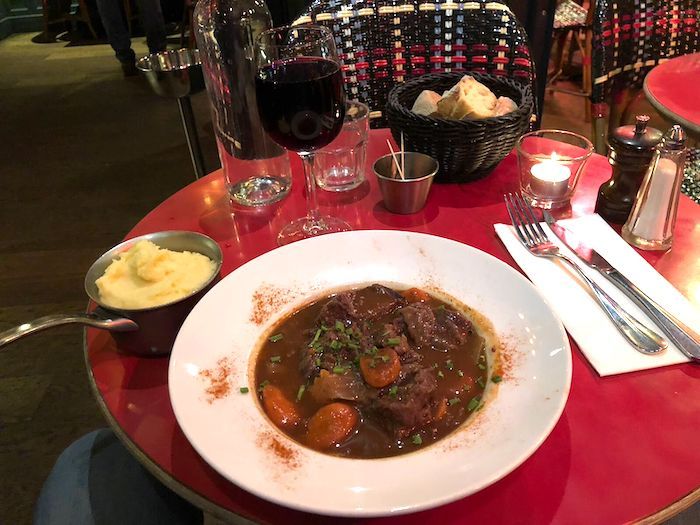 And now, time for dinner! To get the very best selection of Paris foods, we recommend doing our Le Marais Food Tour, which explores a local foodie district of Paris. You’ll get to try delicious crêpes, oysters, falafel and more.

If you’d prefer to just go out to dinner, go to Vins de Pyrénées. If you’ve decided to go to Sherry Butt, look no further than a little down the street to find Vins de Pyrénées at 25 rue Beautreillis. This restaurant has been around since 1905 but was renovated in 2017.

It’s a true neighborhood staple – right now you’re in the neighborhood known as the Marais, that puts out good, classic French food without outrageous prices (dinner will cost you between €15 and €20 per person, not including drinks). While the restaurant itself has an interesting history, so does the street it’s situated on.

Where to Stay in Paris

See here for the best tips on where to stay in Paris.

Since you’re only in Paris for a weekend, it’s a safe bet you want to try out some more French pastries. Start your second day in the city at La Boulangerie des Invalides (14 avenue des Villars, in the 7th arrondissement). This cute bakery has a few tables you can try to snag a seat at, or simply grab a croissant to go. 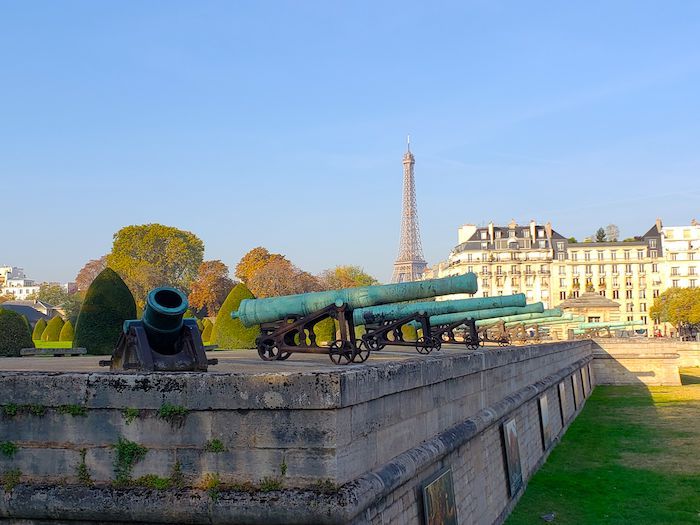 After breakfast, you’re about a straight 10-minute walk to the Hôtel National des Invalides. Its gleaming golden dome will be hard to miss. Don’t be confused by the word ‘hôtel’ in its name – this monument was built in the 1670s by Louis XIV to house disabled war veterans (“invalides” in French). Today, it is home to an extensive military museum and the tomb of one of France’s most infamous rulers, Napoleon. 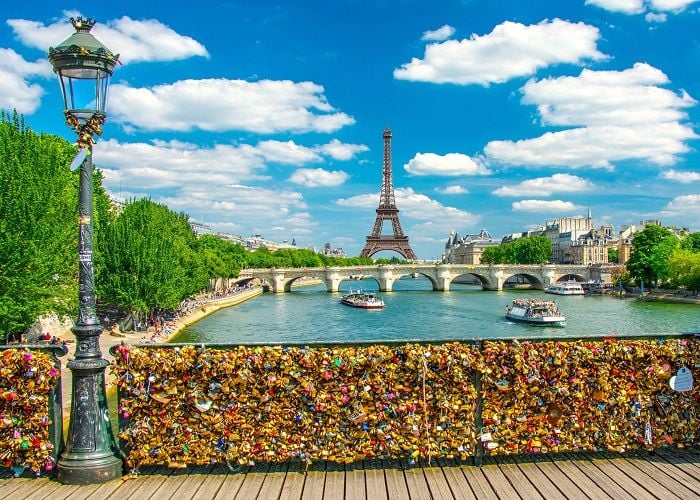 Reading this itinerary, you might have been wondering when the Eiffel Tower was going to pop up.  From Napoleon’s tomb, you’re about a 20-minute walk from the tower (you’ll be able to clearly see it, so you can’t go too wrong with directions)! One of Paris’s suburban metro lines, the RER C (yellow line) can also get you there in about 15 minutes.

You can hop on at the Invalides station and ride until the Champ de Mars-Tour Eiffel stop. The best way to explore the Eiffel Tower is to book our Eiffel Tower and Seine River Cruise tour, where you can leave all of the details to your expert guide.

After the Eiffel Tower, cross the river and head toward the large buildings straight in front of you. These are the Trocadéro buildings, and even though it will take you a few minutes to get there, you won’t regret the walk when you see the view of the Eiffel Tower it gives you.

Once you’ve snapped a few more photos, take the Trocadéro metro (line 9) three stops until you get to the Franklin D. Roosevelt stop. Here, you will switch to line 1 and ride six stops until you reach the Châtelet metro stop. Once there, you’ll have about a 5-minute walk to the restaurant Le Petit Marcel (65 rue Rambuteau).

This is one of the most typically French bistros you can find in the city, adorned with picturesque chairs, emblematic French food and reasonably priced plates. When the weather is nice, you can sit on the terrace, and when you’ve finished eating, don’t forget to take the 30-second walk around the corner to see the Centre Georges Pompidou. This modern art museum was controversial when it was first designed and still is to some. Its heating pipes, escalators and steel frame are all visible on the exterior, making it an impressive but somewhat bizarre sight. Head over to Crêperie Bretonne Fleurie, one of the best crêpe spots in town. The word “Bretonne” in the restaurant’s name signifies that the crêpes and galettes are made the same way as they are in the Brittany region of northwestern France, where crêpes were originally made.

By the end of this weekend, you’ll have experienced some of the top things to do in Paris as well as some of the best cuisine. And now, it’s time to see au revoir until next time! 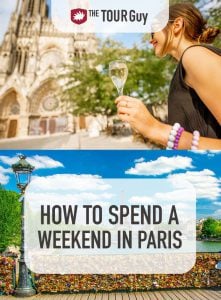