Home > France > Who was Gustave Eiffel: The Man Behind the Tower 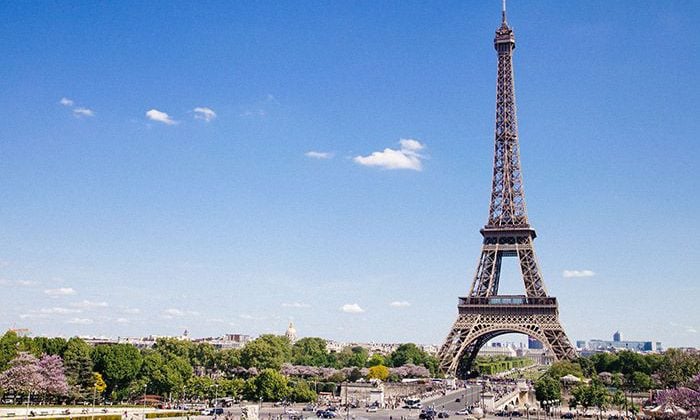 The Eiffel Tower is one of the most famous structures in the world. No matter where you go if you show someone a photo of the Iron Lady, they’ll know exactly what it is. But do you know who built the Eiffel Tower?

Did you know? Eiffel was hired to replace the Statue of Liberty’s initial internal engineer who unexpectedly died. He created a new support system used to hold up the statue’s copper skin. Eiffel and his team built the statue from the ground up and then had to tear it down for its journey to New York Harbor.

Gustave Eiffel is perhaps the most well-known civil engineer of all time. Even if you didn’t know him by his first name, you undoubtedly know his last name because of his most recognizable work – the Eiffel Tower.

Gustave would go on to design some of the world’s most popular tourist attractions, including Garabit Viaduct, Bordeaux Bridge, and the Statue of Liberty’s steel framework.

But before he was known for the Tower, Eiffel was cutting his teeth as a civil engineer and student. Born December 15, 1832, in Dijon, France, Eiffel showed interest in construction at a very young age. He École Polytechnique as a young man and then later the prestigious Central Paris School of Arts and Manufacturing where he studied chemistry.

After graduating in 1855, Eiffel found himself working under the tutelage of Charles Nepveu, an engineer specialized in metal construction of steam-powered machines and manufacturing railway components.

Eiffel excelled quickly in his new workplace and in 1857, just one year after starting, he became Bureau Chief at Pauwels and Cie. 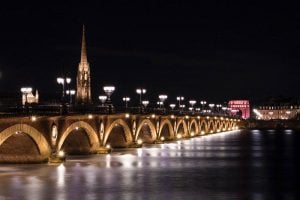 One of Eiffel’s first projects, and also one of his most well known, came in 1858 when he oversaw the construction of an iron girder bridge at Bordeaux. At only 25 years old, Eiffel completed the Pont de Pierre and solidified himself as one of France’s premier engineers.

The Bordeaux Bridge measures more than 500 meters (1,600 feet) and connects the left bank of the Garonne River to the right bank. A marvel when it was finished, it is now one of the world’s most photographed bridges.

A year removed from the completion of Pont de Pierre, Eiffel set up his own company and started working on the arched Galerie des Machines (Gallery of Machines) for the Paris Exhibition of 1867.

Eiffel and the Industrial Revolution

Every renowned artist has their most prolific period and for the Eiffel Company, that time was during the 1870s and 80s. During the 10 year span, Eiffel was at his pinnacle and was actively recruited from cities around the world.

In 1877, Eiffel and his team designed and finished the 545-foot-steel-arched Ponte Maria Pia Bridge over the Douro River in Oporto, Portugal.

From 1882 to 1884, Eiffel and structural engineer Maurice Koechlin worked on the renowned 540-foot Garabit Viaduct in Truyère, France. When it opened in 1885, at 400 feet above the surface of water running below it, the Garabit Viaduct was the highest bridge in the world.

This would be Gustave Eiffel’s last great bridgework, as he began moving onto other projects. 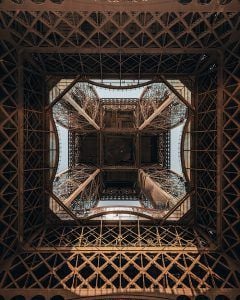 While his other works are respected by fellow engineers and beloved by millions of tourists each year, Eiffel is most famous for his tower.

Construction of the Eiffel began in 1887 for the 1889 Universal Exposition in Paris. Located on the Champ de Mars, the Eiffel Tower is composed of 12,000 different components and 2,500,000 rivets and stands 320 meters tall (1,050 feet). It was the tallest man-made structure in the world for 41 years before being surpassed by the Chrysler Building in New York.

Did you know? Gustave Eiffel didn’t design the tower he’s famous for. Maurice Koechlin and Emile Nouguier, who worked for Eiffel were the original designers and teamed up with French architect Stephen Sauvestre to enter it into the World’s Fair competition.

If you’re interested in learning more about Gustave’s famous attraction, we wrote the Eiffel Tower Travel Guide and it includes the 10 things you should know before you travel to see it.

If you’re reading this post about Gustave Eiffel’s works, we’re going to assume you either love history, love architecture, or you’re planning a trip to France. Who knows, maybe it’s a combination of the three. If this sounds like you, you’re going to want to take a guided tour.

When you take a small group tour with The Tour Guy, not only do you get skip-the-line access to Paris’ most famous attractions, you will journey across the city with a professional historian!

Only have one day in the City of Lights? No problem. With our Paris in a Day Tour, you will experience the Louvre, Notre Dame Cathedral, the Eiffel Tower, Montmartre, and so much more.

Take your newfound knowledge of Gustave Eiffel to Paris and wow some people!

Who is this man? Creator, traveler, myth, or just another dude?