Home > travel-blog > Barcelona Travel Tips to Know Before Your Trip

Although Barcelona is not one of the largest cities in Europe, it is easy to get wrong directions or get lost in this beautiful place. Luckily, we are happy to help you through your first hours in Barcelona. Here, you can find the best Barcelona travel tips to make sure you’re fully prepared to experience the city.

Getting from the Airport

Another easy way to get to the city center is to take the Aerobus, a shuttle bus service that connects the Airport, both terminals, and the city center, stopping at Plaça Espanya and Plaça Catalunya, as well as in other two bus stops. This service is much cheaper than the taxi, and one-way ticket costs €5,90. The average time per journey is 35 minutes, and usually, the departure frequency is every 5 minutes.

A new and modern way to get to the city center is by using the underground system. The new metro line, L9, has recently connected the T1 of El Prat with the rest of the underground network of Barcelona. For using this service, you will need to get a special card, the Airport ticket, which costs €4,60 per journey. 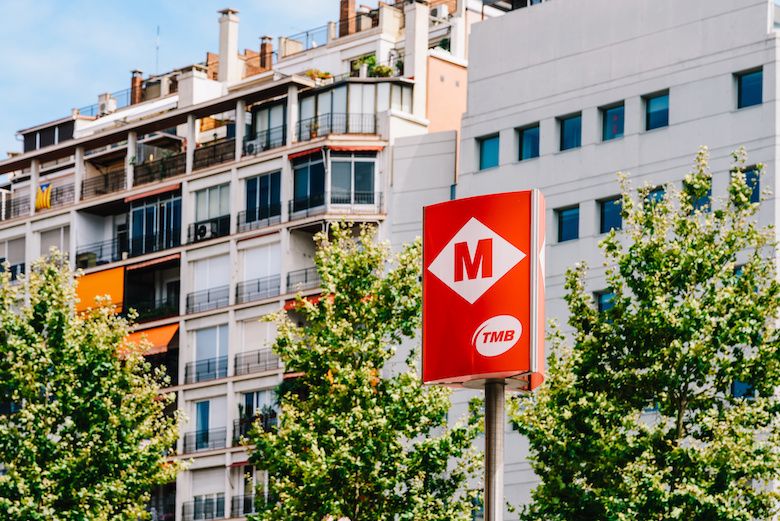 Once in the city, the Barcelona public transportation system is easy and comfortable to visit your preferred monuments.

There are as much as 10 metro lines in Barcelona, but still the metro underground map is not very complicated! All lines interconnect in several points, and generally, connections between metro lines are very well indicated.

Taxis can be expensive depending on the time and the journey you want to do, but for short distances they can be very helpful. Uber is not operating in Barcelona, and there is a private company offering similar services called Cabify, but you will have to wait at least 15 minutes to get on of their taxis.

There are two official languages in Barcelona, Catalan and Spanish, so it can be a bit confusing when landing for the first time in this city. People in Barcelona will help you if get lost around the city, and most of the people in this city do also speak English. In case you get stuck in the middle of a situation where people does not understand English here are some survival phrases, first in Catalan and then in Spanish:

Do you speak English?

Could you repeat it please?

How much does this cost?

Do you take credit cards?

Where is the bathroom?

Nowadays, in Barcelona, you can pay almost everything by credit card, although you might find a special situation where the shop either only accepts cash, or to pay by card you need to spend a minimum generally around 5-10 euros. But generally, and especially in touristic places, you are going to be able to pay by card.

Besides paying by card, tipping in Barcelona is not compulsory, although is very appreciated by the waiters and public services employees. For example, if you pay by card in a restaurant, nobody will ask you for an extra charge and pay a tip, but, generally, what people do in Barcelona, is pay the tip by cash once you have paid the total amount of the lunch, dinner or taxi ride, for example.

The amount of this tip is not fixed, so it will depend on how satisfied you have remained with the service or food offered. 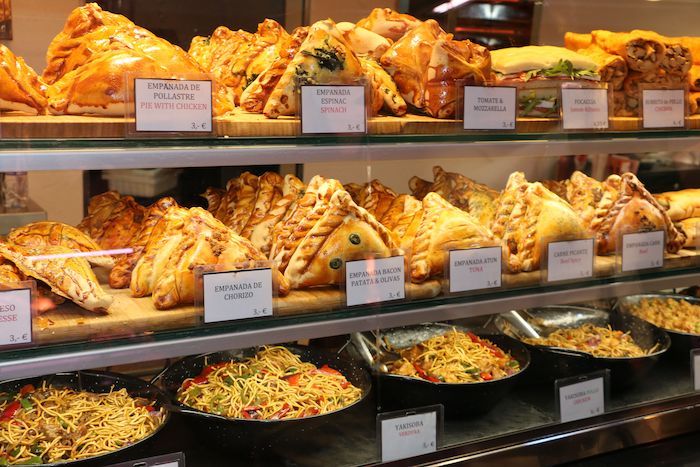 You can find all sorts of restaurants in Barcelona, and you will still find traditional and local restaurants that offer local cuisine for daily costumers. In Barcelona, it is typical to have the “menú del dia” in a restaurant for lunch, where they will offer you a three-dish menu, a starter, a main dish and a dessert for a very reasonable price, around 10 or 20 euros.

To find a good “menú del dia” you will have to escape for a while from the mainstream touristic areas of Barcelona. So try not sitting down in a restaurant next to Sagrada Familia or las Ramblas, since in these places the food quality is not the best one, but instead prices tend to be high.

For this reason, try to visit areas in between main touristic monuments, such as the neighborhood of the Eixample, where you will find typical “menú del dia” restaurants, where you will have a very good lunch for a very reasonable price.

As in other European cities, in Barcelona, you will find that people have lunch and dinner quite late. Usually people in Barcelona have lunch between 2 pm and 3 pm, extending lunchtime until 4 pm. For having dinner in Barcelona, the regular time is considered to be around 9 pm.

Despite these different meal times, restaurants in Barcelona have adapted to its visitors’ eating times, so don’t worry because you will find different offers at your preferred time.

Barcelona, despite having several hills, it is a very bicycle-friendly city. It has a lot of bike paths that will take you through the most beautiful monuments of Barcelona. A good way to visit this Barcelona would be by bike, and you will find a lot of business where you will be able to rent a bike and enjoy a nice ride in Barcelona!

Barcelona is a very dynamic city. When visiting this city, you will notice all sorts of banners and flags on the balconies of house blocks. Besides political vindications, there are different neighborhood movements that are working to protect Barcelona’s heritage and don’t want the city to be filled with souvenir shops and fast-food chain restaurants. For this reason, locals recommend dining in local restaurants and becoming aware of the city’s changes.